The global leader in On Demand Packaging®, Packsize®, serves customers in over 25 countries. 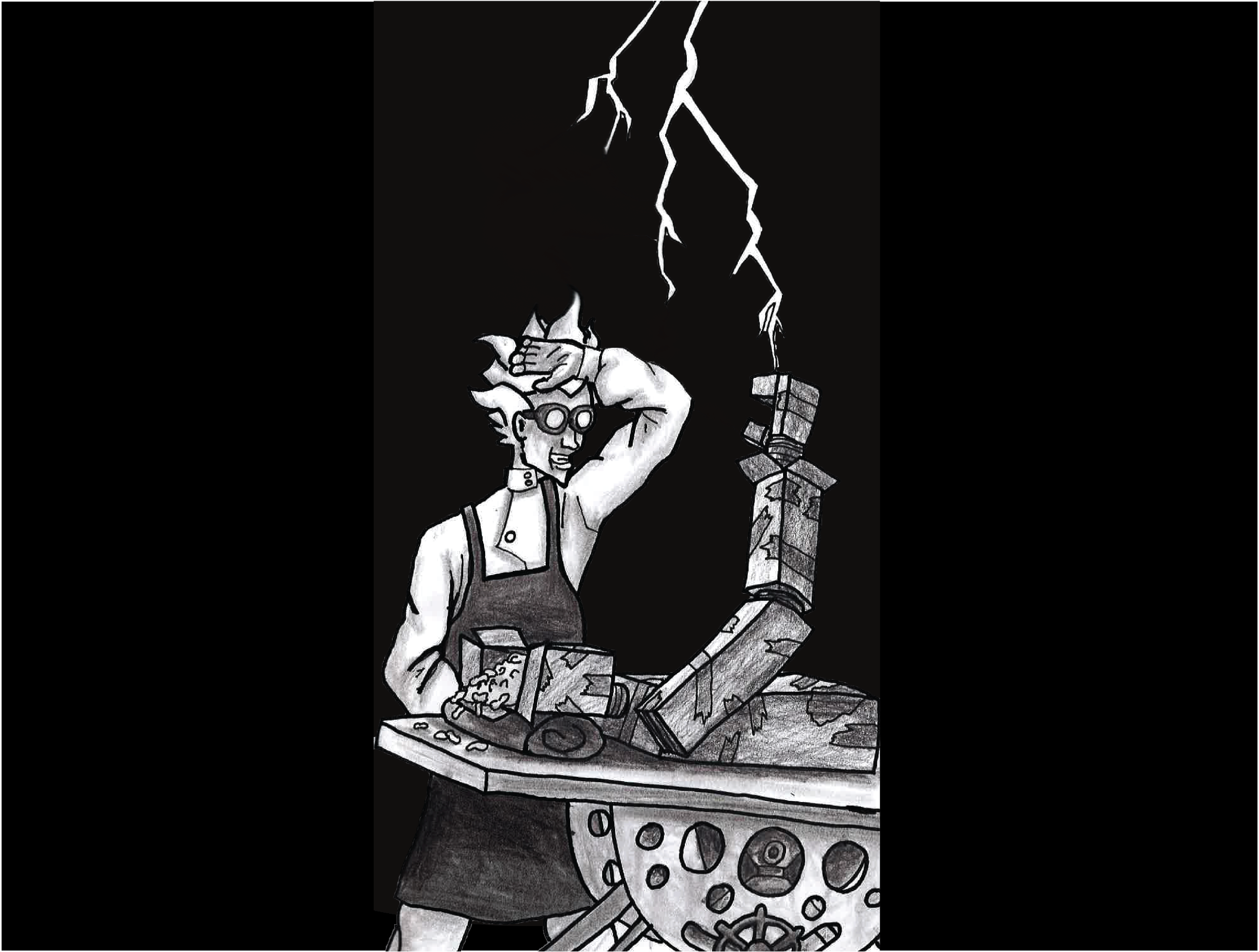 The Spooky Tale of the Franken-box

To most people, Frank was just an ordinary warehouse floor manager for a company that created plantation shutters for windows. He showed up to work, did his job well, and then went home. Frank never socialized with any of his co-workers, who gossiped behind his back:

“I’ve never seen him with anyone else.

“Doesn’t he have family out West?”

“I think he used to be married.”

The rumors had various degrees of truth in them, but none of them really captured Frank’s past. He had achieved dual doctorate degrees in biology and engineering in a past life. Somehow, through a series of poorly-timed events and bad luck, Frank had ended up stuck managing this warehouse—and he resented it. He dreamed of creating something new. Of leaving a mark on the world. And that ambition was eating him up inside.

Little did he know just how much his ambitions would hurt him, and those around him.

One day, a custom print order came in for a series of large and oddly-shaped shutters. This presented a problem to Frank and his staff. You see, this order was in a size the company didn’t normally create. This meant there wasn’t any box inventory on hand that could fit the order.

What was Frank to do? He could order boxes that came in the right size, but that would probably take too long, and he only needed one box, so this was far from a cost efficient choice. He could put the order in an oversized box, but doing so would risk the valuable order getting damaged in transit as it bounced around in the ill-fitting box.

As the gears turned in Frank’s head, he developed a plan. He saw a solution that could get him the custom box he needed—as well as the recognition he desperately craved. But what he didn’t realize is that his plan would create an abomination of packaging…the Franken-box!

Let us leave our tale of terror behind momentarily to describe a Franken-box is.

Occasionally, companies absolutely need a right-sized box, but don’t have easy, convenient access to one. Because of this, they decide to cut their own box. By hand.

You probably don’t have to think too hard about the problems this causes, but let’s run down a few:

…So what happened to Doctor Frank?

Chaos ensued on the warehouse floor. As Doctor Frank’s creation ran away with the custom shutters, his manager entered. The packaging station was a mess with scraps of corrugated cardboard and tape strewn about. Frank was kneeling on the floor, nursing a cut he sustained while creating the Franken-box.

“…What have I done?” he whispered.

“I’ll say!” boomed the manager. “Those custom shutters aren’t cheap, and now we have no choice but to trust their care to that…that thing!”

Frank looked at the floor.

“I was just about to get Packsize On Demand Packaging® here too,” continued the manager.

“Yeah! Packsize will give us a machine that will automatically cut and crease any box we need. It’ll save us labor, materials, and time. Honestly, Frank, it can create a perfect box in seconds.”

Frank scowled, and then was relieved when he realized how much easier his job was about to become.

If you would like to learn more about On Demand Packaging, and want to avoid Franken-boxes forever, contact us today for a free consultation!

Giving for a better future

Invasion of the Corrugated Frightmares

You can find out more about which cookies we are using or switch them off in settings.

This website uses cookies so that we can provide you with the best user experience possible. Cookie information is stored in your browser and performs functions such as recognising you when you return to our website and helping our team to understand which sections of the website you find most interesting and useful.

Strictly Necessary Cookies should be enabled at all times so that we can save your preferences for cookie settings.

If you disable this cookie, we will not be able to save your preferences. This means that every time you visit this website you will need to enable or disable cookies again.

This website uses Google Analytics to collect anonymous information such as the number of visitors to the site, and the most popular pages.

Powered by GDPR plugin
©2020 Packsize International. All Rights Reserved. On Demand Packaging is a Registered Trademark of Packsize LLC.